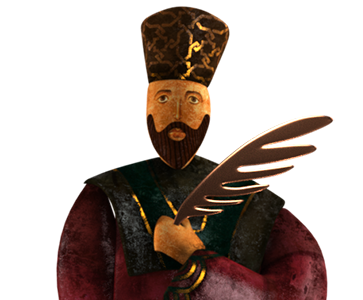 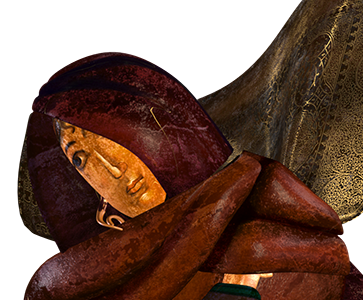 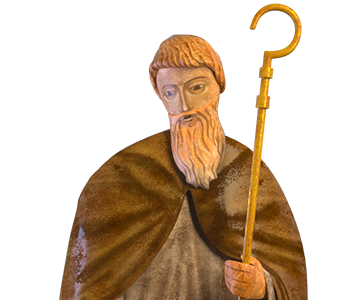 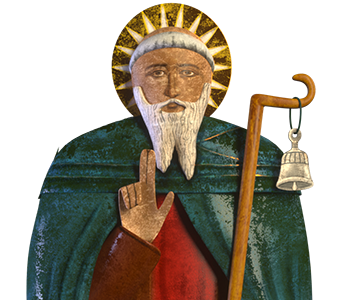 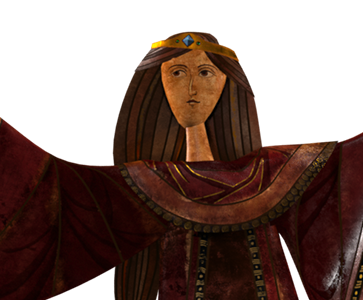 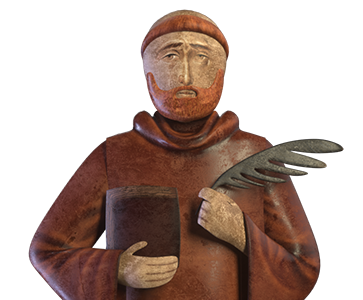 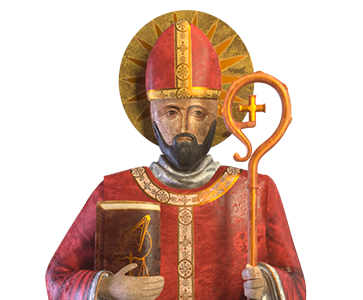 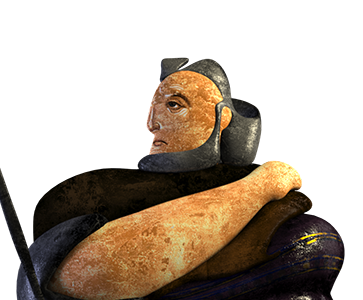 Ibn Shaprut, son of a wealthy and educated Jew from Jaén, studied languages at an early age: Hebrew, Arabic, Latin and Castilian. He also studied medicine. As senior official and scholar at the caliph’s court of Córdoba he was responsible for the contacts with other rulers and realms. The film projection shows his correspondence and diplomatic contacts. Ibn Shaprut played an important role in several diplomatic matters. He received envoys of Otto I and of the Byzantine Emperor and he corresponded with Jewish scholars in Southern Italy and with the Khazar ruler in the Russian steppes, who had made Judaism the state religion.

In 950 Byzantine ambassadors brought to the court the treatise ‘De materia medica’, which had been written by Dioscorides in the 1st century AD. It was a gift to the caliph. This work contained botanical and medical knowledge of the time. Ibn Shaprut translated the work in Arabic, in collaboration with a monk also sent by the Byzantine emperor.

Subsequently, Ibn Shaprut was highly regarded for his medical knowledge and among other things asked to treat Sancho I - the Fat - the king of Léon, for his obesity. 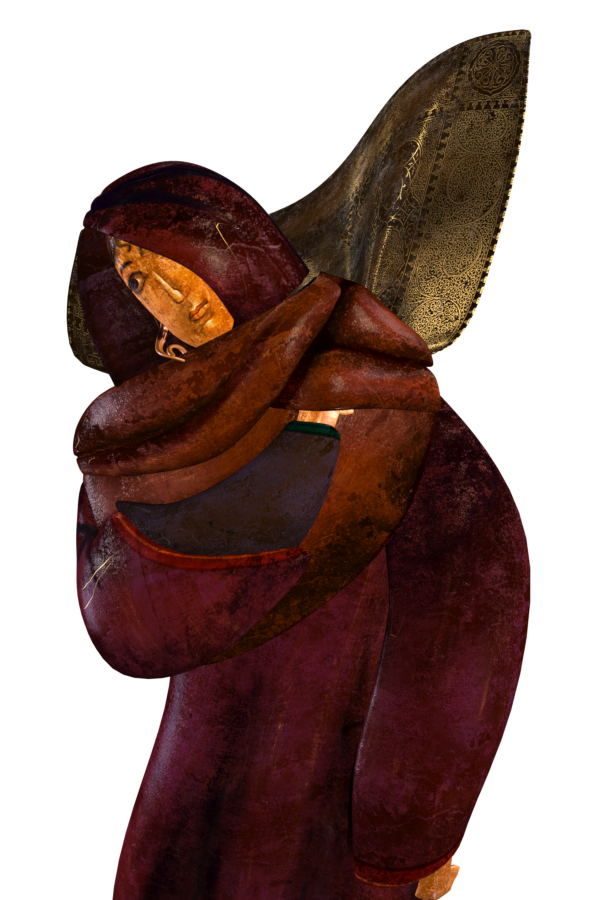 Egeria, who probably came from Northern Spain, started in the year 381 an extensive pilgrimage to the holy places of Christianity in the eastern Mediterranean. Between 381 and 384 she travelled to Jerusalem via Constantinople (Istanbul), Egypt and Mesopotamia (modern Syria and Iraq).

She set down her eyewitness accounts in letters to her ‘sisters’, nuns or women living in a Christian community. Egeria describes not only the rituals that she observed in Jerusalem’s churches, but also sounds, smells, rituals, roads and landscapes.

Egeria is inquiring: she asks questions about the places that she visits and about how they are linked to the stories in the Bible. She describes the lifestyles of the monks that she visits and that have welcomed her. She reads appropriate passages from the Bible at every site of interest. 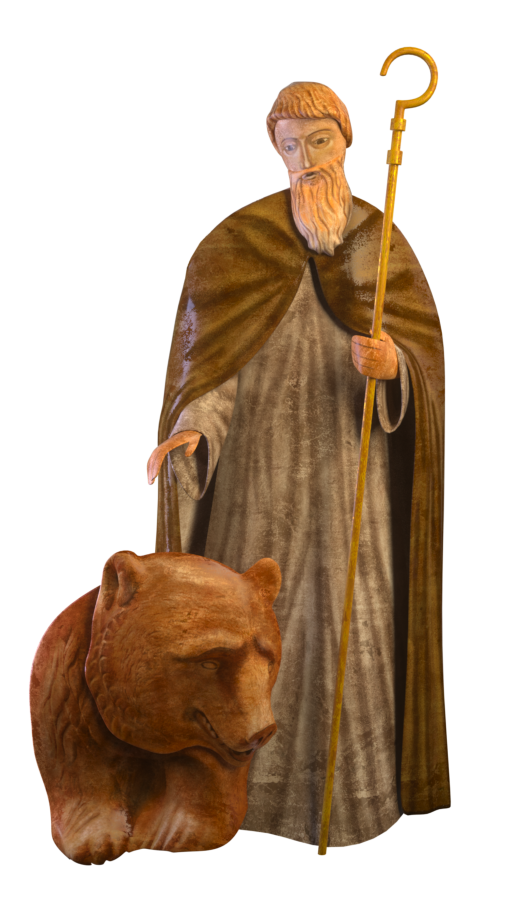 Saint Gallus also known as St. Gall was born in Ireland in Bangor in c. 550 - c. 646. He was one of the twelve Irish missionaries known as the “Twelve Apostles of Ireland”( Dhá Aspal Déag na hÉireann) who joined Saint Columba on his journey to the Europe (refereed as “Hiberno-Scottish mission”).  Gallus was an Irish monk who settled what is today Switzerland and is known for his role in missionary activities and active spread of Christianity in sixth century. The mission stoped for extended periods of time in Luxeuil In Voges mountains in eastern France founding an Irish monastery there. They moved to Bregenz. Gallus continued his journey along the River Steinach where according to some legends he tripped over an exposed root and fell into a rosebush. Gall became convinced that this was a divine intervention and this was the place where he should end his journey. He built a hermitage on the spot and continued his ascetic life and contemplation until his death. He befriended a bear who charged at his one evening and once rebuked the bear shared the heat of a fire with him as a firend of the kingdom of animals St Gall was followed around by his companion the bear for the rest of his days. 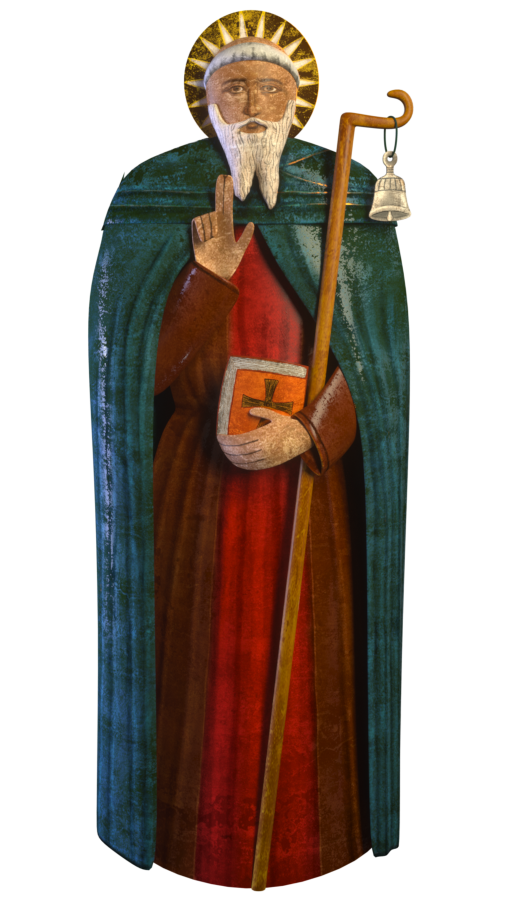 St Columban was an immigrant peregrine monk who travelled to the continent from Ireland. He was born c. 540 and became a monk in the monastery at Bangor, Co Down, under the abbot St Comgall. St Columban crossed the Irish Sea with 12 companions c. 585, among them St Gall from whom the city St Gallen in Switzerland takes its name.

He established monasteries in and Luxeuil-les-Bains in the foothills of the Vosges mountains in eastern France, in Bregenz on the banks of Lake Constance in Austria and in Bobbio near Milan. His journey forms the basis of the pilgrimage route called the Columban Way beginning in Bunclody, Co Wexford, where he was born and ends in Bobbio, where he died in 615 AD. His travels established a tradition of pilgrimage peregrinatio, a form of self-exile from Ireland.

Life in the monasteries in Gaul, in the Voges mountains, was simple, living from the land attending to harvest, his religious community grew yet as a monk he is drawn to solitude would continue to move to the next site at Bregenz. He had several miracles during his life finally settling in Bobbio. He was a scholarly monk who knew the rule of St Benedict, his biographer St Jonas  of Bobbio wrote  Vita Sancti Columbani Abbatis and established the rule of Columban which was allied to the Rule of St Benedict but was a distinct Irish Rule which he communicated to Pope Gregory (Letter 1 to Gregory the Great). 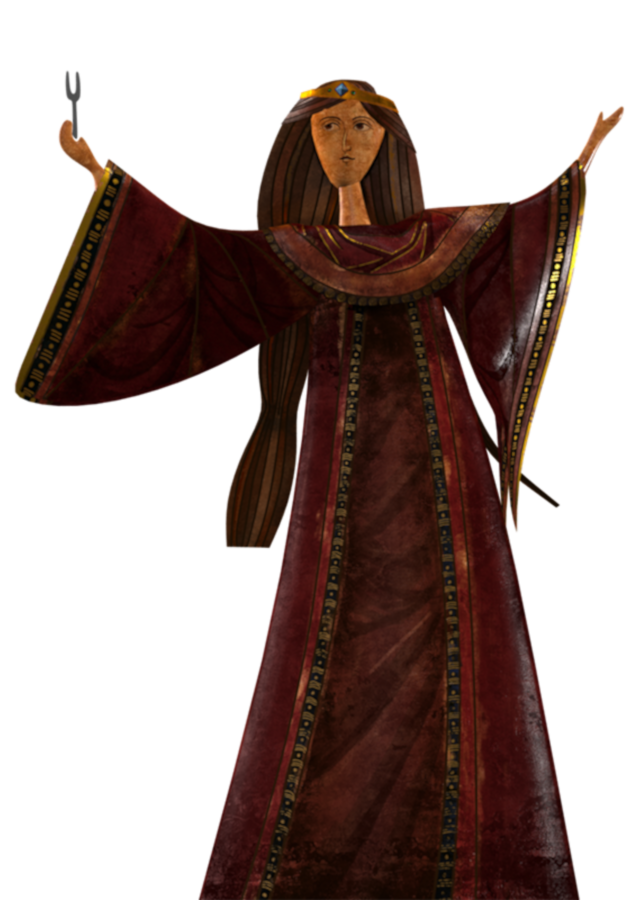 Princess Theophanu was the niece of the Byzantine emperor. Around twelve years old she married in Rome the then eighteen-year-old future emperor Otto II. Theophanu’s magnificent robes, large retinue and glittering dowry made a great impression. The young empress would come to be known at the Ottonian court as ‘the Greek’. Subsequent chroniclers would tell disapprovingly of her decadence, relating how she ate with a fork, instead of with her hands, and took a bath every day.

Along with her husband, Theophanu travelled from one imperial residence (‘Pfalz’) to the next. The Ottonian emperors did not rule from a capital, but ‘from the saddle’. Theophanu bore three daughters in quick succession. In 980, her son Otto III was born in the imperial forest woods near Kessel at the Lower Rhine, while she was on her way from the Pfalz in Aachen to Nijmegen. His father died when he was three. At that same age, Otto III was crowned king. His mother became regent. She is reported by a contemporary source to have ruled ‘like a man’. She signed documents as ‘Theophanus Imperator’, Emperor Theophano. 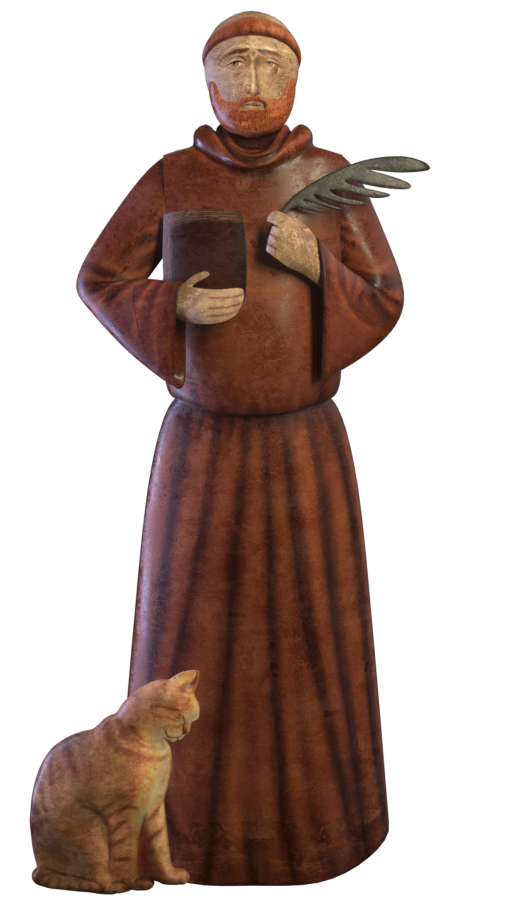 Sedulius Scottus born in Kildare;?820-880. This Irish monk was a poet, and a teacher. He went to France c 840- 851, to the Carolingian court in Liège. His writings are considered a major influence in the early history of European political thought in the west, examining the differences between spiritual and secular power, which he wrote up in his De Rectoribus Christianis.

Pangur bán is probably the most famous early Irish poem describing the nighttime prowling of his white cat as she chased mice around the scriptorium….Hunting mice is his delight,…Hunting words I sit all night.... 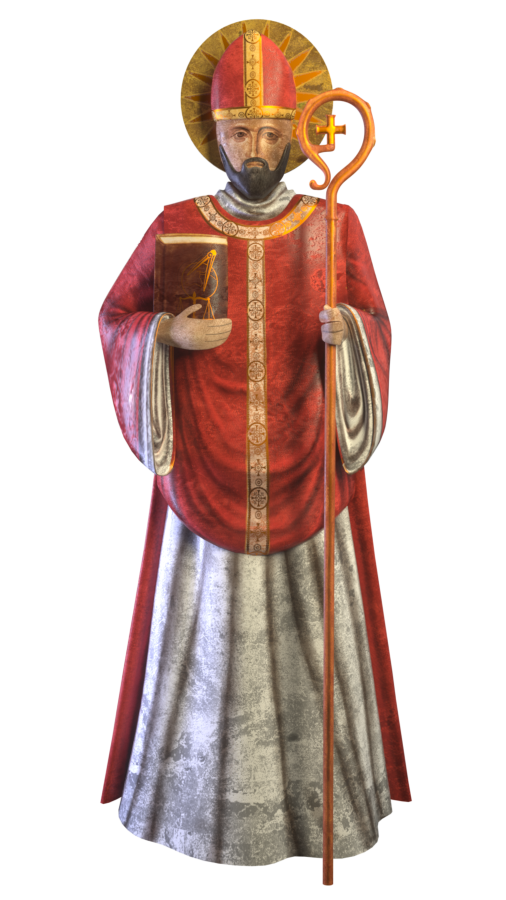 Fergal, the name by which the Irish born Bishop of Salzburg [767 - 784] is locally identified, is also known as Fearghal, Feirgil and in continental Europe, notably Austria, as Vergil. He was trained n Iona came and appointed abbot  to Aghaboe, on the north western tip of the Dioceses of Ossory, with the Episcopal See in Kilkenny. He left Ireland in the early 740s, reputedly en route to Palestine. He was accompanied by Dobdagrec and Sidonius and it is thought that in addition to texts apposite to their mission, they brought relics of local saints, including St. Brigid and arrived at the Merovingian court in 745. His writings include the volume of continental canon law, Collectio canonum Hibernensis.

Fergal continued on his travels, south to Bavaria, to Chiemsee. And then as Abbot of St Peter’s in Salzburg where he built up the dioceses of Salzburg and to organise and administer missions to secure the conversion of peoples both in the immediate and more distant territories, Slavs, Tutons Magyars.  His most celebrated work in the field, however, was carried out in the eastern Alps, in the province of Carinthia where the Reichenau Primer of PangurBan is held.  In 766, he was made Bishop of Salzburg, a position he held until his death in 784. 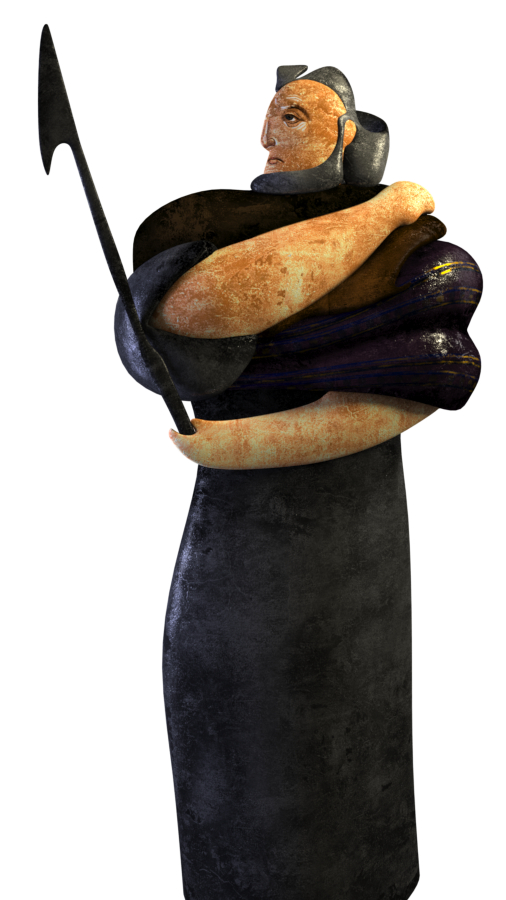 Merchant, seafarer and whaler Ohthere came from Hålogaland, an area in the North of Norway. He sailed over the White Sea, past the North Cape, and travelled to Sweden, South-Denmark, Finland, Wessex in England and Ireland. He described whales and reindeer and did not always dare to go ashore for fear of hostilities.

Ohthere described his travels to King Alfred the Great of Wessex (r. 871-899) in Southern England, who was working on the translation of known Latin texts into Old English. Among them was Paulus Orosius’s description (5th century) of the then known world with the Mediterranean as its center. Alfred added the travelogue to the existing description to expand existing knowledge and to bring the North of Europe more under the attention. The North now also started to belong to Europe.